The Gaming Industry Could Experience a New Threat from Amazon

Companies like Sony (SNE), Microsoft (MSFT), Nintendo (NTDOY), and even the new Google (GOOG, GOOGL) that has been at the forefront of gaming, should be worried about their future in the trade as Amazon (AMZN) makes its official entrance into the sector.

Amazon is now looking to rival the big names in the industry, such as Valve Corporation, the owner of Steam. Valve is responsible for huge games like CS:GO which is still played around the world by millions to this day. Counter-Strike: Global Offensive has been responsible for additional games, which you can find on the best CSGO gambling sites where you can enjoy skins betting and much more.

In the past, Amazon’s gaming service has been focused on content provision through their online store and the provision of streaming services through Twitch, which is very popular for game streaming. However, the firm recently launched its first title. It’s a free to play game of the big budget grade named ‘Crucible’.

Official information from the firm also confirms that this will be followed by another title in the summer named ‘New World’. All these could be described as a prelude to the company’s plan to throw their cloud gaming system named ‘Project Tempo’ into the arena.

Of course, we’ve always known Amazon as that firm which loves to take over any sector it gets into, with very ruthless efficiency. If this move succeeds, then the gaming sector will soon witness the arrival of a new heavyweight, and this news may not be very good for the old names in the industry.

Since Amazon bought the online game streaming platform named Twitch in 2014 in a deal worth $1 billion in cash, they’ve been lunging neck deep into the gaming industry gradually. Currently, Twitch is the most popular platform where lovers of games can watch their favorite streamers as they play both old and new games.

The platform has made some names popular amongst enthusiasts including people like the streamer Ninja that engaged in a game of “Fortnite” with Drake. This particular game session garnered more than 600,000 viewers at the same time, and this destroyed the previous record which had 388,000 viewers. Manufacturers of these games also use the platform to market their games by seeding streamers to their new titles. This will advertise these games to millions of their prospective customers.

Apart from this, let’s also not forget that Amazon has been the preferred place to buy games and their consoles. There is also a Twitch Prime service which allows customers the opportunity to enjoy some free titles, plus some in-game loot.

However, this test that Amazon is jumping into is a very important one. In this game, you are looking at a sort of hybrid of some of the popular online games, including the very popular League of Legends from Riot and Overwatch from Activision Blizzard’s (ATVI). It proves to be the number one title with the AAA rating from Amazon Game’s Relentless Studios based in Seattle.

Now, it would be observed that they’ve decided to offer this on a free-to-play basis, and that is to say that they will be looking to make money from the title through the in-game transactions. This is the same way it is done in the Call of Duty: Warzone or the Fortnite. The formula has worked well because Fortnite alone has given Epic games billions of dollars in revenue.

But the game must be cherished by a huge number of gamers for it to be successful, and must get to the level where it becomes exceedingly popular. Presently, you can stream the game on Twitch. However, it is not yet among the most watched titles yet, though it was unveiled on Tuesday.

More viewers are being witnessed by games like the Fortnite, League of Legends, Grand Theft Auto V, and even Valorant that is not available to all players because it is in closed beta.

However, this does not mean ‘Crucible’ won’t get to the list of the most watched games after it must have picked steam. It is also not the only game that will be coming from Amazon in 2020.

The firm is also working on giving the world a Massively-Multiplayer Online Role-Playing game (MMORPG), and this is to be named ‘New World’. The news has it that it will be launched in August. Another game the firm is working on is something that is linked to the Lord of the Rings franchise, and they could leverage on the brand following that the Lord of the Rings has garnered over the years.

Getting to the Cloud

Now, we have to say that though Amazon may grow to occupy a central role in the industry, the success and failure of its gaming platform named ‘Project Tempo’ may be the major determinant of its fate here. The platform which is designed to help gamers enjoy their cherished games on any device is intended to take over the route through which games are delivered to players’ TVs, laptops, tablets, and smartphones.

The Story Of The Most Famous Desktop Wallpape...

The Story Of The Most Famous Desktop Wallpape... 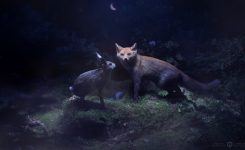 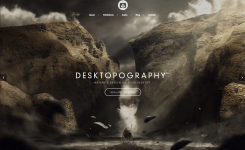